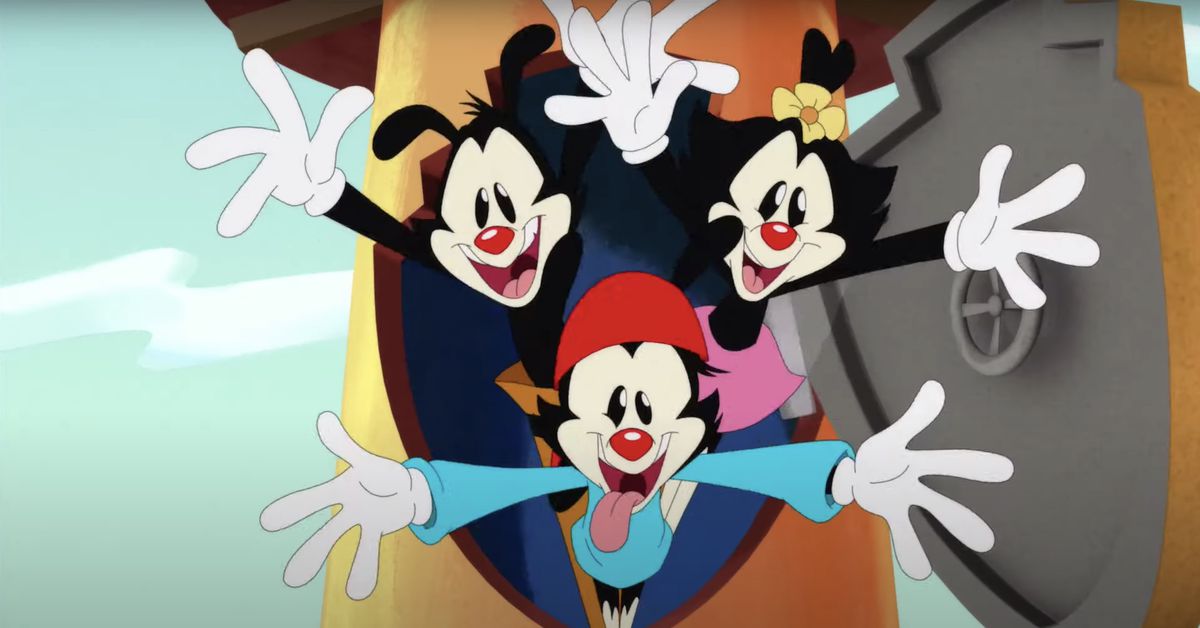 If you watched daytime cartoons in the 1990s, “Animaniacs” was major. The hit show, which ran for five seasons on the WB from 1993 to 1998, is getting rebooted on Hulu, and the streaming service just gave audiences its first peek.

Posted on Twitter and YouTube on Monday, the new behind-the-scenes teaser brings fans into the studio as the show’s principal voice actors record their parts. Rob Paulsen (Yakko), Jess Harnell (Wacko) and Tress MacNeille (Dot) are all back to revive their iconic roles. Maurice LaMarche, who voices the Brain in the show’s “Pinky and the Brain” sketches, is also in the mix.

The “Animaniacs” reboot is scheduled to premiere on Nov. 20. It’s been in the works for a while. It was first announced in early 2018, and on an episode of last year’s “Animanicast” podcast, host Paulsen, who voices Yakko and Pinky, revealed the voice actors had been working together again. Currently, the new “Animaniacs” show is under contract for two seasons.

“Committing to a two-season reboot of such a decorated, popular series is an apparent attempt by Hulu to keep up with the recent reboot craze that has struck the streaming platforms,” Screen Rant reported.

In the ’90s, “Animaniacs” relied on a wide array of recurring characters. Still no word on which ones will be brought back this time around. But considerable resources appear to be invested here: The reboot is executive produced by Steven Spielberg; and Sam Register, the current president of Warner Brothers Animation, is also involved. Other than that, details about the reboot have been, like Yakko, Wakko and Dot themselves, seemingly locked up in the Warner Brothers water tower. Nov. 20 can’t come soon enough.