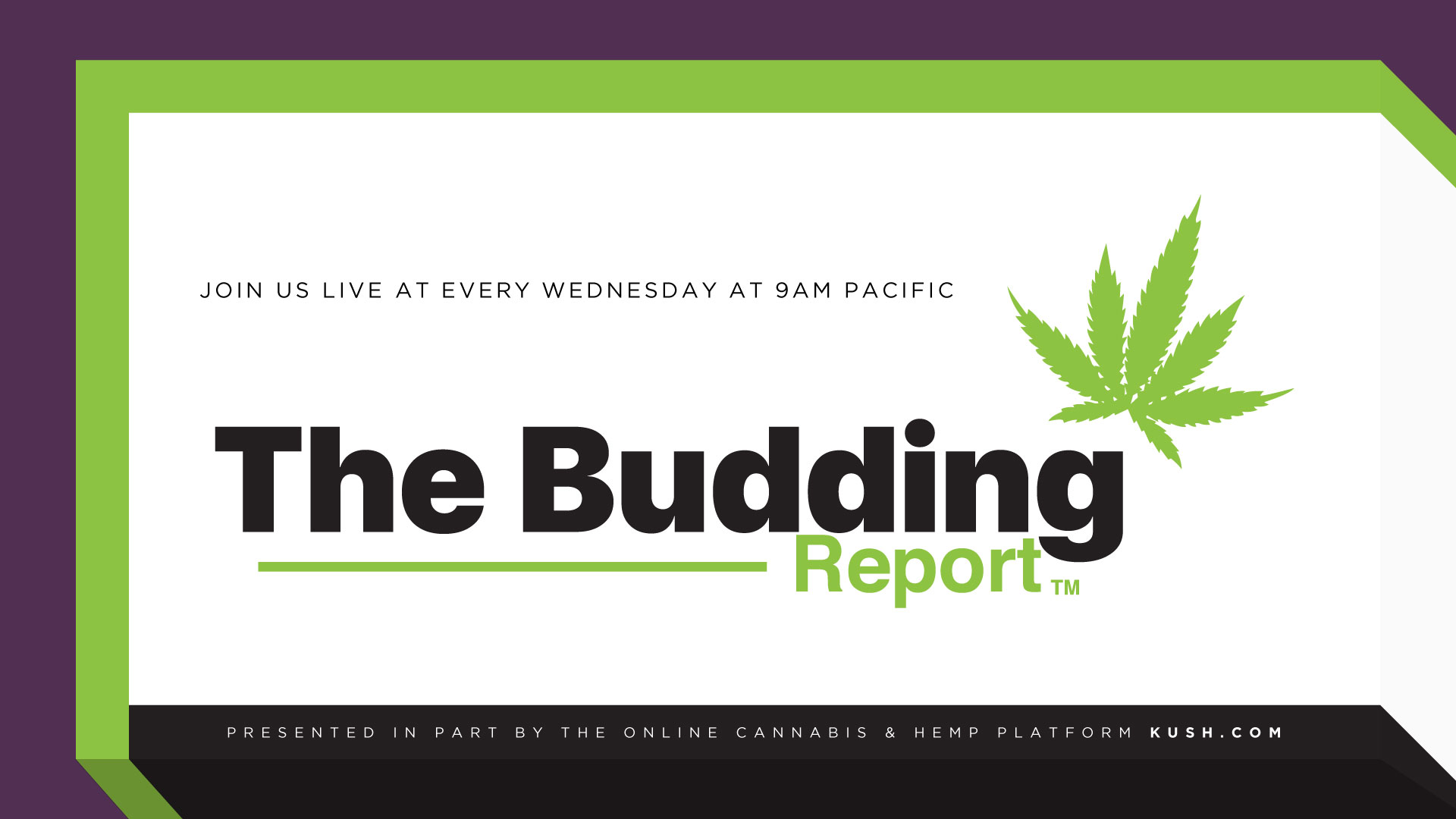 On this week’s episode of The Budding Report, we are joined by Joe Coats and Chase Nobles of Kush.com.

The guests join our hosts Charles Horton, Christian Shaw, MD, PhD, and Chris Perri as we discuss Marijuana Bill approved that will allow research on dispensary cannabis as well as Marijuana possession arrests plummeting in Texas after hemp legalization.

Cannabis has been a huge part of both Joe’s professional and personal life, it’s a huge passion that drives much of what he does. He enjoys hiking, cooking, and playing video games all whilst enjoying cannabis/hemp. Luck is something he has had a lot of primarily because he is blessed with an amazing partner and 2 cute dogs.

He was a medical patient in 2013 and by 2015, he began his first job in the industry as a budtender. Over the course of 4 years, he worked at 2 different retail cannabis stores where he supervised and managed social media. Nearing the end of 2019, he began working at Kush.com. Working at Kush.com has been an amazing and eye-opening experience, where he gets to see the ingenuity this industry has first-hand!

Chase’s ability to execute has resulted in rapid revenue growth for his clients. Chase attended the United States Air Force Academy and brings a military mindset and drive executable objectives. During his attendance at the Academy he was a key member of the Air Force Men’s Gymnastics Team leading them a National Championship in 2010 while simultaneously setting the academy record on the Pommel Horse. Chase has an aptitude to network, close a sale, and kayak a 40-foot waterfall all in the same day!

The Budding Report is weekly news and entertainment show centered around all things cannabis and hemp. We share the latest cannabis news, conduct interviews with industry leaders, and promote some of the latest in science and innovation. Want to be featured on the Budding Report? Reach out [email protected]